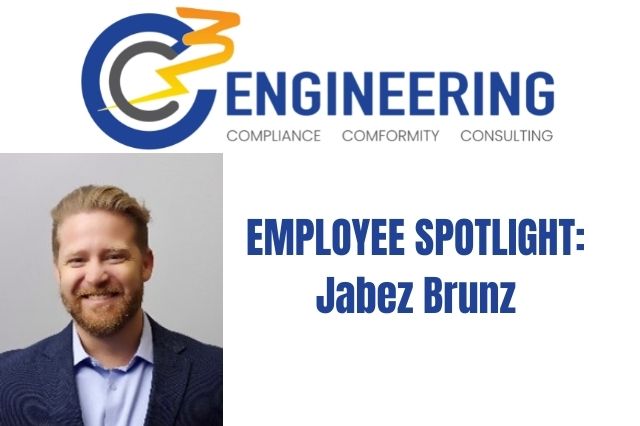 In our ongoing effort to recognize our team, we want to highlight another one of our amazing team members, Jabez Brunz!

Jabez Brunz heads all Operations at C3 Engineering. He is responsible for managing and overseeing all Services including NRTL Field Evaluations, Electrical Testing, and Power System Engineering Studies including Arc Flash Hazard Analysis. He has over 25 years in the electrical industry including Electrical Installation, Project Management, Electrical Maintenance, Safety, and Engineering.

In addition, Jabez was an Electrical Inspector for the United States Army Core of Engineers in Iraq, between the years 2008-2010 for Task Force Safe. He was tasked with inspecting and developing plans to mitigate faulty wiring for thousands of facilities that electrocuted 16 U.S. troops and two contractors as well as injuring hundreds of others in a 4-year span during the war in Iraq.

We’re thrilled to have Jabez in the C3 Engineering family!

Find Out Why More And More Companies Trust C3!

C3 Engineering is a highly skilled team of engineers and professionals who bring extensive experience in electrical Compliance, Conformity, and Consulting to the national stage.

Home Page
About Us
Our Services
Safety Training Courses
Contact Us

VISIT US ON SOCIAL MEDIA