IEEE 1584 Case Study Results “The proof is in the pudding!” 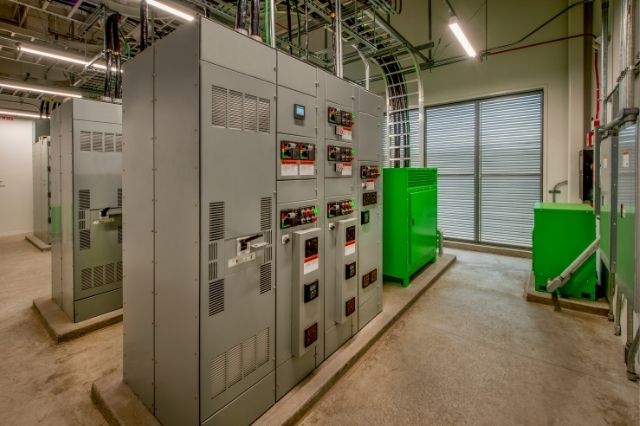 In the last few months, we dove deep into the latest IEEE 1584 – 2018 updates. We looked at the impact it has had on Arc Flash Compliance and how we can better build an effective Arc Flash Risk Assessment from it. In this blog, we are going to look at real case studies comparing Arc Flash Risk Assessments that were done Prior to the IEEE 1584 – 2018 update and studies that were recently updated with the new standard. The results are so significant that we can clearly see that lives can be saved, injuries can be prevented, and property damage can be avoided.

For a quick review, the 2018 release brought with it 16 years’ worth of changes.

Because of this IEEE 1584-2018, Annex G section G.1 states – “It is the conclusion that this model produces results that are more accurate than those of its predecessor for configurations common in both models. Further, the new model provides a method to evaluate the incident energy for other configurations not previously considered, such as vertical conductors in a box with a barrier and horizontal conductors in a box and without a box.”

The Incident Energy levels vary substantially when comparing the 2002 and 2018 IEEE-1584 standards of calculation. We are going to take a look at 4 different facilities so we can have a good variety of examples. The first Table is a Manufacturing Plant that has 98 pieces of equipment modeled.

The Facility has buses that fall into very similar PPE ranges across the board except for that 3 of the previously non-workable locations are now <40 cal. These 3 pieces most likely were Incoming switchgear or switchboards that would not be safe to work on energized and now are. That means no shutdowns are needed to perform Infrared, change fuses, or not having to perform expensive remote disconnecting to verify power is shut off.

The next table is a Data Center with 273 pieces of equipment that have great varying differences in calculated IE values between the 2 standards.

Cat 0 and Cat 2 quantities essentially swapped and there are many more locations that require 12 cal PPE. That means for the 5 years in between studies, workers were potentially exposed to higher Incident energy (if working energized) and were probably not wearing the proper PPE that would protect them. Also, we again see 2 less non-workable locations in locations can now be workable with a 40-cal suit.

Now let us look at a College Campus that has 176 pieces of equipment analyzed.

Once again, not many differences in PPE categories, however, there are 7 more workable locations with the new standard applied.

In our last example, we are going to look at a 30 story High Rise Office building with 177 pieces of equipment modeled.

In the end, we are seeing a lot of non-workable locations going away but more importantly, we are seeing a significant change in locations that were previously less dangerous than before. Again, we have proof the accuracy from the 1584-2018 update is helping us ensure that we are protecting workers and property from dangerous electrical conditions.

The 125kVA exception rule is gone…finally!

The following illustrations are from the same College Campus we took a look at earlier. The red equipment shows all equipment fed from transformer < 125kVA. As we see, this equipment would not be included with the old exception rule. 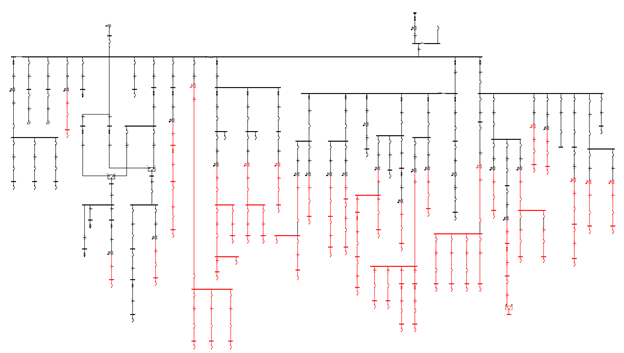 The next illustration shows worst-case Incident Energy categories for this equipment.

Adding these to the model and running the calculations based on the new standard shows that there are many locations (over half) that are >1.2cal/cm2. This means that in the event of an arc flash, the worker would NOT have the appropriate PPE.

MISCONCEPTION: In an arc flash, equipment directly downstream of a transformer trips the protective device directly upstream of it (if coordinated properly, maintained, etc.). The transformer makes the current pass more slowly and thus the clearing time is longer and results in HIGHER incident energy on the secondary. Often people think that working at 208V does not pose as great of a risk for arc-flash but often times this is quite the contrary.

In closing, the significance of applying the new standard delivers 3 major advantages.

If you need any help developing an effective Arc Flash study, please contact us. We have extensive knowledge of electrical safety as this is our only focus. Many other engineering firms perform arc-flash risk assessment studies as filler work and do not possess detailed knowledge of the standards and how to apply them correctly.